During a demonstration in a recent Hypnotherapy Training in Dallas the session turned into Past Life Regression with Gestalt Therapy. After a little encouragement, a student volunteered to work with me so the others could watch., though we were not planning to visit a past life during this Gestalt Therapy demo.

We began by looking for an issue to explore and while discussing her fear of escalators, my client mentioned that her mother once told her if she did not get off at the top she’d get swallowed up by the escalator. Then she mentioned a fear of falling backwards, something I noticed when I pushed a recliner back too far when she was sitting in it during class.

She agreed to work on this but wondered if it might be from a past life. Since this was not a Past Life class (that is coming up later this year) she was wondering if this would be the best problem to work on, but we pushed forward and she went right into trance easily. 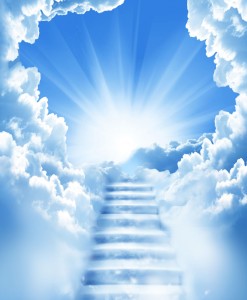 When she told me her name was James, I knew without a doubt it was a past life. He was in a cave way up on the side of a mountain. In the cave was a small pond, James described the blue water in the pond, and mentioned there were some stairs inside the cave that went up and curved to one side.

They were very narrow steps, but he wanted to check it out, and find out what was up there. His shoes did not seem to be appropriate for rock climbing, but that was what he was wearing. As I encouraged her to move forward to something that had to do with this fear of falling, she went back in time to an earlier time, still as James.

I redirected her back to the cave because the affect bridge I had used to take her back included an instruction to go to the first time she had this fear. He started up the stairs and eventually fell and landed in the pond and kept going down, down, down, eventually drowning.

We released the fear of falling from that lifetime, which often topples other subsequent events. Before I knew it she popped into another lifetime in Sicily, again as a man. When I instructed her to go to a time that had something to do with the fear, she started talking about Micky Mouse. I have Micky Mouse.

I discovered she was 6 years old her name was the same as her name in her current life, in fact she had returned to an earlier time in her current life. She was standing at the top of a stairway with Micky Mouse, and someone pushed her and the 6 year old went falling all the way down the stairs at her grandmother’s house. She was hurt, and pissed at Terry, the 8 year old son of her mother’s friend, who had pushed her.

We finally had something to use for our Gestalt demonstration, thus the phrase Past Life Regression with Gestalt Therapy. First I spent some time rescripting the event by having her hold on to the rail when he pushed her. This is an NLP technique that can assist the client in letting go of the effects of events such as this.

From there we proceeded to do gestalt work with Terry, who my client knows as an adult, though she does not like him. I set up a different type of gestalt session in that I invited my adult client and the 6 year old to be present along with adult Terry and little Terry. The adults exchanged words and the little ones exchanged words.

Next we connected with her mom and did some gestalt work around her comment to the 6 year old to “get off of the escalator before it swallows you up.” My client told us about her mom’s statement before we started. When we finished she mentioned that she had forgotten all about that incident with Terry pushing her, but once it came up during the session the memories returned.

So this goes to show you that it does not matter if you are looking for issues in the current life, which was the intention for this session, they may end up going to a past life. In addition, it is possible to take someone to a past life and end up incorporating scenes from the current life into the healing process as well.

We need to work with what comes up, but it is important to be prepared for any situation that may arise. This is why I require my Past Life Regression students to learn Hypnotherapy first. It provides a better foundation for them and allows them to handle whatever comes their way.