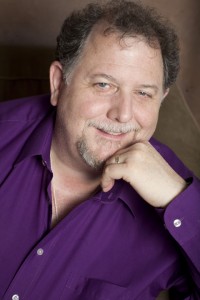 Past Life Regression Therapist Mark Johnson is a Second Generation Hypnotherapist from Dallas who travels to Houston, New Orleans, San Antonio, Oklahoma City, Hot Springs, Atlanta and Charleston SC. Mark not only grew up around hypnosis, he was also allowed to observe his father guide people back to their explore their past lives from a very early age.

The concept of reincarnation and past lives has always been a part of Mark’s belief system, it took him many years to discover that not everyone is open to these concepts. After he began learning hypnosis in 2003, Mark eventually realized that his passion was Past Life Regression and had the opportunity to study with Brian Weiss, Michael Newton and Dick Sutphen. That said, he did learn a great deal from his father who was his mentor in his early years of learning hypnosis and past life regression and continues to guide Mark from the other side.

Mark has continued to learn by studying with Paul Aurand, David Quigley and Dolores Cannon. He is now a Certified Master Trainer with the International Association of Counselors and Therapists (IACT) offering Hypnotherapy Training and Past Life Regression Training in Dallas, New Orleans, Houston, Nashville, Chicago and Atlanta.  The combination of his extensive training and vast experience as a Past Life Regression Therapist provides Mark with the knowledge and understanding to teach others to guide people back to previous lifetimes in addition to facilitating these sessions himself.

Past Life Regression Therapist on the Road

Mark began traveling from Dallas to New Orleans for Past Life Regression sessions in 2010 then added Oklahoma City to his list of locations in the fall of 2011. A prospective client emailed him asking if he ever traveled to Houston around this time and he decided since that was closer than New Orleans it might be a good location to add to his list of destinations.

He eventually began traveling back home to Charleston, S.C. for Past Life Regression sessions then added San Antonio, Atlanta and Hot Springs. Although he has thought about adding additional locations to the list, Mark has decided he does need to stay home to work with his clients in Dallas as well as spend time with his wife, Lana, who only travels with him to New Orleans and also teaches with him in various locations. Click here for more information on Mark’s current travel schedule.

Mark has become well known as a Life Between Lives and Past Life Regression Therapist in Dallas as well as the other locations where he works. There are others around who take people back to past lives, but it takes someone with the knowledge and understanding that comes from a combination of extensive training and experience to be considered a Past Life Regression Therapist.

While working as a music teacher and a web developer, Mark never realized that one day he would settle into a career as a Past Life Regression Therapist, which would allow him to assist others in ways he never realized were possible. He is once again teaching others, instead of teaching piano and keyboard classes, now he is teaching Hypnotherapy and Past Life Regression classes.

Mark lives in Dallas with his wife Lana, who is a Psychic Medium, Massage Therapist and Past Life Regression Therapist. While in Dallas Mark keeps busy seeing clients, writing books and still finds time to play and write music in his spare time. His current projects include recording hypnosis CDs and writing his first book on Past Life Regression.