Mark visits a variety of different locations for Life Between Lives, Past Life Regression and Quantum Healing Hypnosis sessions. He first started traveling to New Orleans in 2010 then returned to Charleston, SC, his home town, the following year. Eventually he began traveling to Houston, Oklahoma City, Atlanta, Fayetteville, Arkansas and San Antonio to his list. New destinations are added to his list of Past Life Regression Locations.

A Second Generation Past Life Regression Therapist, Mark had the opportunity to watch his father guide people back into their past lives while growing up in the 1960’s in Charleston. He was always interested in hypnosis, but a series of events in 2003 motivated Mark to begin learning hypnosis and he quickly developed an interest in guiding his clients back to past lifetimes like his father before him.

Although Mark has many past Life Regression Locations, he has had Past Life Regression and Life Between Lives clients travel to Dallas from Lubbock, Tyler, San Angelo, Waco and Schreveport as well as smaller towns in Texas, Oklahoma, Arkansas and Louisiana. Now that he travels to locations such as Houston, New Orleans, San Antonio, Oklahoma City, and Hot Springs it is rather rare for people to travel to see him from these locations, though it does still happen from time to time.

Recently Mark has worked with Past Life Regression clients from Iowa, Alaska, Hawaii, Mexico and India who made arrangements for a session with him while they were in the Dallas area. Some of them are planning to return for additional sessions the next time they are in town. 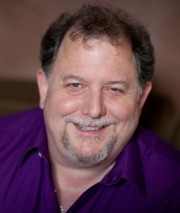 Although Mark grew up in Charleston, he has been in Texas since 1979 and now calls Dallas his home. While there are many people interested in Past Life Regression and Life Between Lives in the Dallas area and people have traveled from places like Austin, Houston and Oklahoma City for sessions with Mark, he has found that now that he travels to different past life regression locations even more people are interested in scheduling a session with him.

One Past Life Regression location that became more popular in 2016 was Oklahoma City. Mark started visiting both Houston and Oklahoma City every other month, and has continued ever since. His clients tend to share details about their experiences with their friends, and that results in even more Past Life Regression and Life Between Lives sessions.

There are those who do this work in addition to working a full time job, though this is Mark’s full time job. After careers as a music teacher and computer programmer, he has found his passion in working with hypnotherapy and especially in working with Life Between Lives and Past Life Regression. Others work with a variety of different modalities, which is great, but Mark prefers to work exclusively with hypnotherapy and what he likes to call Spiritual Regression.