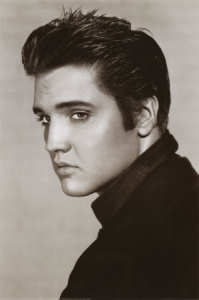 From time to time I have people who think they were making up what happened in their session. This is typically the conscious mind thinking about what is going on during the session. Sometimes people contact me after the session and comment that they think they made it up. This is once again the conscious mind trying to figure it out. The logical, analytical mind wants to understand and when it cannot do so, it tends to settle for the idea that the past life experience was fabricated.

I am going in a different direction with the topic of Famous People and Past Life Regression than I intended, but I’ll get back on topic in a moment. This is actually related to the topic so bear with me please.

When we experience a past life while in the hypnotic state we may see, hear, feel or just know what is going on in the past life experience. I like to call it an experience because that’s what it is. People who question the validity of the session are usually not very visual. Perhaps they just see a few things or the images are fuzzy, hazy or foggy, thus they think they made it up.

Even those who see themselves in other times and other places have to process the information. It doesn’t matter how you receive the past life information, in order to share it with me you have to translate that into words. That translation is done through the imagination, and this may explains why some people think they are making it up.

Ok, I’ll admit, from time to time the thought pops in my head, “Are they just making this up?” but I dismiss the thought because I don’t want it to interfere with the session. When people attempt to make fun of Past Life Regression the most common famous person that comes up is Cleopatra. Someone might say, “Oh, you had a past life session. Who were you, Cleopatra?”

Recently I had a lady who was a man in her Past Life, he was wearing sandals and was strong. He was a guard, and he got worried. It seems he worked for none other than Cleopatra, and she liked him, she wanted him. He was worried because this was a catch 22.

If he had an affair with her, the king would have him killed. If she asked him and he said no, then she would have him killed. They had their fling then she eventually grew tired of him and discarded him. Shortly afterwards he was killed, but did not know who was responsible. Seems like he was either stabbed or shot in the back by an arrow.

Another client I had several years ago reported she was a maid in waiting for Queen Elizabeth. She thought she may have been making it up, but continued without questioning things too much. As the past life experience continued they got word of the Queen’s death. Her husband was a cousin and was part of the royal family, so he went on to London.

The maid in waiting went to London a few days later for the funeral. On the way she reported that it was cold outside. I asked what time of year it was and she responded March. Then at the funeral she was on a balcony watching the procession and said it was raining. She noticed that there was a dark cloth, like velvet, around the casket, she commented it was either black or dark blue.

After she emerged she said that she thought she must have been making it up. She has the same birthday as Queen Elizabeth so she has read a lot of books and studied her life extensively. She could not be sure if it was really a past life experience of if it was her recalling what she had read.

She emailed me a few days later amazed and said she found out that Queen Elizabeth had died in March and that the casket did indeed have black velvet around it during the procession. My questions to her were, Why did you study all about her all these years? Why did you have such a fascination with her? Could it have been that deep down you knew there was a connection?

I could go on, but I think this makes the point. Famous People and Past Life Regression is an interesting topic of discussion. Sometimes there are famous people in a past life experience, however in all the sessions I have done, I have never had anyone tell me they actually were the famous person. However there have been cases like these in which the past life self had some sort of connection with a famous person in some way.